As one of Europe’s biggest club’s Bayern Munich have had a strong tradition of getting their hands on some of the latest football boots in the world, and it’s good to see the Bavarian club upholding that tradition whilst training in Qatar! 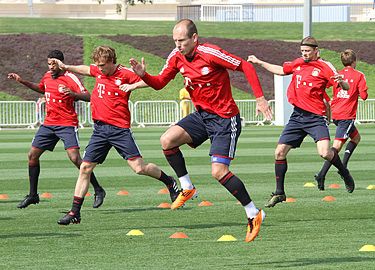 First up is the return to training of injury-stricken Dutch Winger Arjen Robben. The World Cup finalist is seen here breaking in a new pair of boots, the adiZero Prime, but on closer inspection he’s actually wearing the – ahem – standard adiZero, distinguishable from their all black studs. 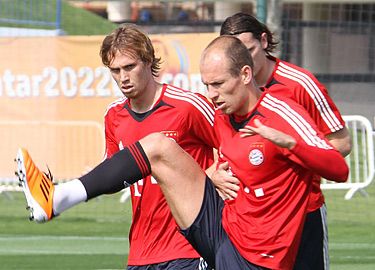 It must be the comfortable touch of the adiZero’s leather upper that’s stopping him from really going for the adiZero Prime, as the ex-Chelsea man has opted for the calf-leather version – something not available on the Prime.

Guess it goes to show that for the Pro’s, when it comes to football boots maybe weight isn’t everything! 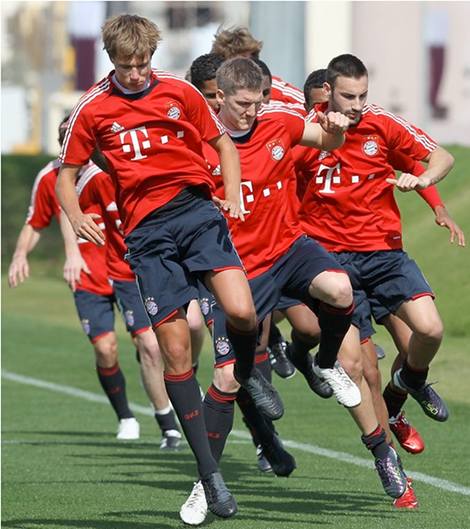 The next spot came courtesy of top-class boot-spotter and Footy-Boots.com reader ddchile, who clocked defender Holger Badstuber in a blacked out version of what we assume is the new adidas Predator.

The big German joins the likes of Per Mertesacker and Steven Gerrard in wearing the latest adidas football boots in ‘secret’ training sessions. 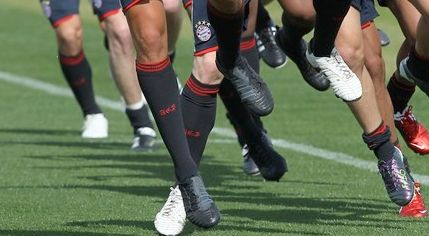 We’ve seen so many pairs of the new adidas Predator in use on the pitch, we’re getting really excited for their eventual reveal (which we can only presume will be later this year). 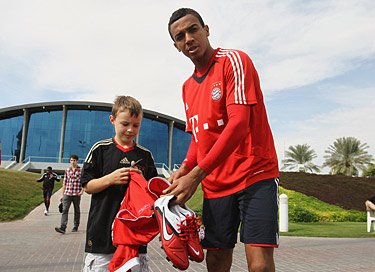 Finally is Luiz Gustavo wearing Nike’s big release for this quarter, the CTR360 II in Red/White/Black. Unlike the two adidas football boots, we wanted to give a bit of attention to Gustavo, as he only signed for Bayern a couple of days ago and he’s already hard at work in training. 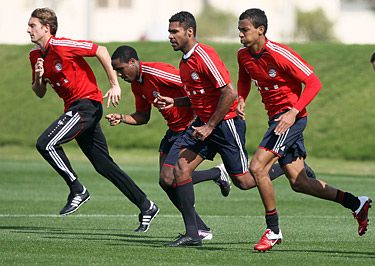