England expects, but perhaps this tournament those expectations are a little lower than usual. With a team packed with youth, backed by a few experienced heads, it’s time to see whether the pressure being off the Three Lions will give them the edge against a French side as deadly as they are stylish. 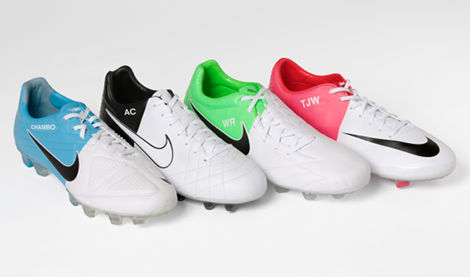 Speaking of stylish, Nike have allowed us an advance preview of the  Clash Collection boots that some of the England players will be wearing in Donetsk tonight (and for the other games in the tournament, for that matter), complete with their text personalisation and national flag. 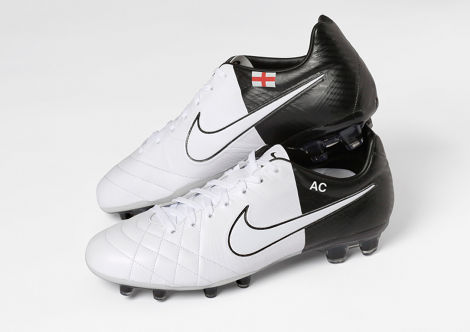 With just the cross of St George and the initials ‘AC’, the Chelsea left-back’s cleats will be guaranteed some time on the pitch this summer, as one of the first names on the England team-sheet. 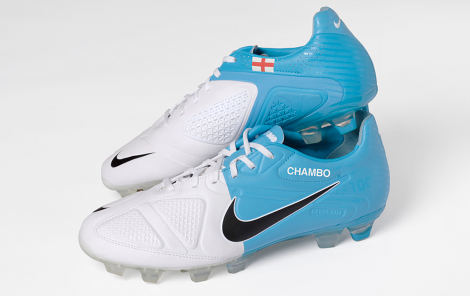 Set for a surprise starting berth against the French, Alex Oxlade-Chamberlain will be looking to make a huge first impression on the international stage, wearing these stunning Blue CTR360 II’s.

Whilst likely as fast as most Mercurial players, ‘The Ox’s’ love of bringing the ball under his spell and picking out team-mates makes him the perfect fit for the CTR360, despite playing in from the flanks. 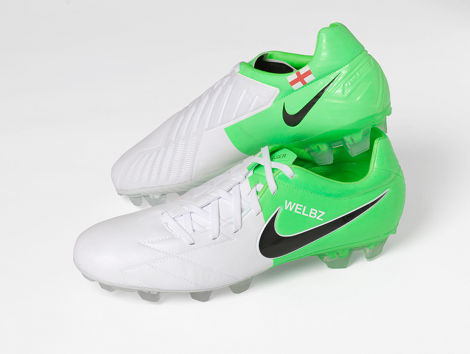 One of the stand-out performers against a stubborn Belgian side last week, Danny Welbeck will be looking to enhance his burgeoning reputation by netting in these Electric Green Clash Collection Laser IV’s, showing off his playful ‘Welbz’ nickname on his embroidery.

Set to partner the in-form Ashley Young in the front row of a 4-4-2, Welbeck’s nack for finding channels and poaching goals have made him one of Manchester United’s first choice strikers this season, ahead of Javier Hernandez, Dimitar Berbatov and Michael Owen. 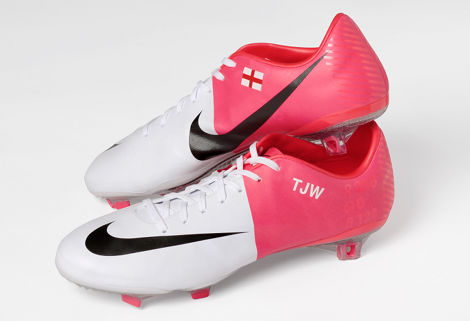 Whilst he might not be make the starting eleven in tonight’s game, Theo Walcott is capable of making an impact on any game as bright as his choice of footwear – the Solar Red Clash Collection Mercurial Vapor VIII.

Likely to be employed as a substitute for the hard-working James Milner, blistering pace-man Ashley Young or club team-mate Oxlade-Chamberlain, don’t write off Walcott living up to Nike’s ‘My Time is Now’ slogan this summer.

Which is your favourite of the England Clash Collection boots?

Written By
Kyle Elliot
More from Kyle Elliot
Neymar will be the only player to wear the new Nike GS...
Read More