We’ve seen them in testing for months, we’ve spotted black-outs and heard rumours, but the time to reveal Nike’s latest football boots is here – presenting the Nike T90 Laser IV! 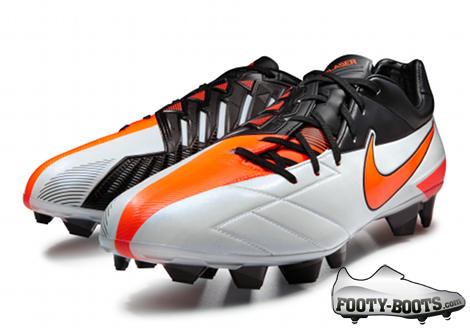 As radical a departure as the Laser III was from the original two T90 Lasers, the’ Nike T90 Laser IV is a re-invention of the all-around ‘power’ boot into the ultimate weapon of choice for the modern striker.

Whether it’s a darting dribble followed by a clinical finish, or a long-range screamer, Nike’s latest football boots are here to augment and enhance the sort of player that lives to score goals.

Rather than a cosmetic update, the’ Nike T90 Laser IV has been redesigned from the ground up to help a striker maximise the best of his game.

A re-shaped soleplate gives perfect traction on all areas of the feet, making it easier for fleet-footed-forwards to exploit every inch of space between the defence, whilst the increased mid-foot torsion in the sole improves power transfer for the whole foot, making sure that no matter how a player catches the ball, they’ll get great contact. 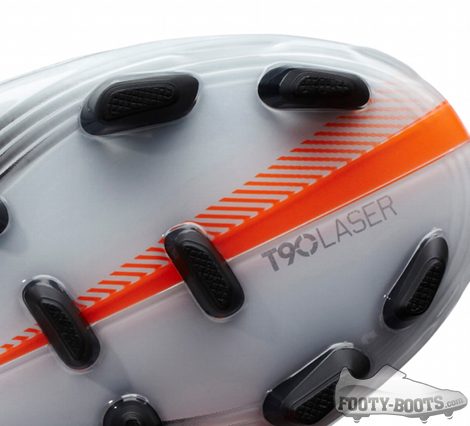 The main feature of Nike’s latest football boots, however, is the new ‘adaptive shield’ technology.

For the first time on the Nike T90 series,’  the ‘strikezone’ on the’ Nike T90 Laser IV is broken up into flexible strips, that move and shift with the movements of a player’s foot.

These rubbery strips are strategically placed across the key areas of the foot that a player strikes the ball with, to enhance every aspect of a forward-thinking player’s game. 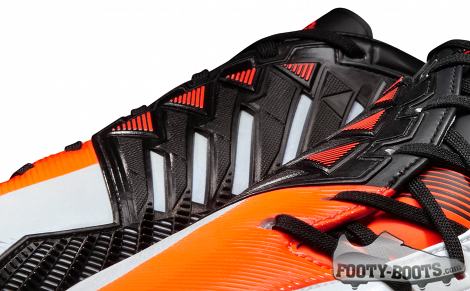 The fins, for example, are thinner and enhanced with tiny fins towards the sole of the Nike T90 Laser IV, to improve ball feel when dribbling; but offer much more aggressive, biting contact in the areas that generate swerve by boosting friction – and in turn offer a cleaner strike on the top of the boot.

Nike’s new power football boots also carry over the shape-correcting memory foam of the Laser III, but also manage to be around 20% lighter than their predecessor -putting their weight somewhere close to 270g per boot depending on the size.

Two colourways will be available from launch; White/Total Orange/Black and Black/White/Yellow, the latter featuring a Kangalite upper for those who prefer the feel of something closer to natural leather. 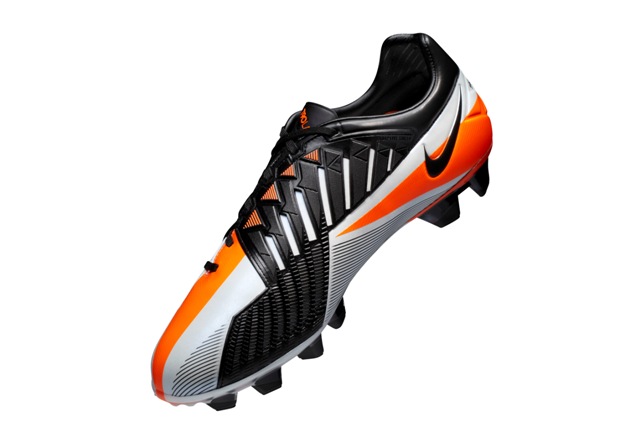 Whilst Nike’s newest’ football boots have already started sneaking into competitive matches courtesy of the likes of Inter Milan’s Wesley Sneijder, their official on-pitch reveal is from the 17th of September 2011, worldwide.

Nike’s focus will be on Wayne Rooney as Manchester United take on Chelsea in a decisive fixture in the English Premier League, with the English striker keen to pick up the incredible scoring streak he has started in the Laser III. 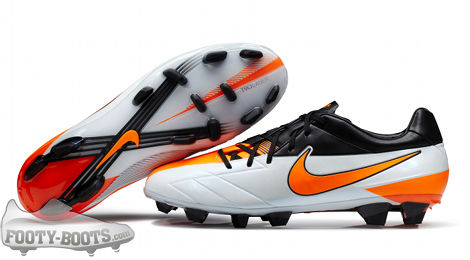 “The new’ Nike T90 Laser IV are a more focused, position-specific pair of football boots than their predecessors. The improved shape and lighter weight are two massive pluses for the range.

We just cant’s wait to see how the new Adaptive shield performs!”

What are your thoughts on the new Nike T90 Laser IV?

Have Nike got another winning pair of football boots on their hands?

Written By
Kyle Elliot
More from Kyle Elliot
The Weekend Review returns from its continental-style Winter break to wrap-up the...
Read More