On the day of the draw for the 2010 World Cup finals, adidas has revealed the official images of the match ball the players will use in South Africa next summer.

Called the adidas JABULANI, which means ‘to celebrate’ in the Bantu language of IsiZulu, adidas say the ball will please both outfield players and goalkeepers as it has been designed to fly through the air with deadly accuracy, even at altitude. Additionally, goalies will be doubtless happy with an exceptional surface grip. 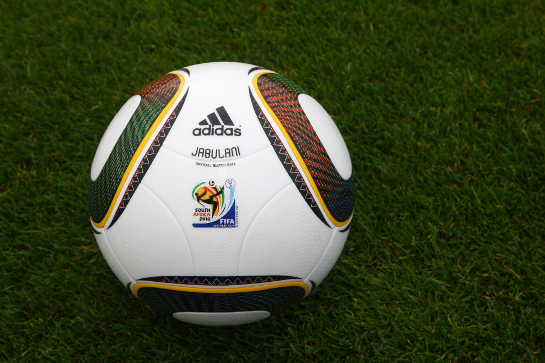 And it seems that the players do indeed agree as the following four statements show:

Michael Ballack:'  “Fantastic, the ball does exactly what I want it to.”

Petr Cech: “You can feel the energy coming towards you, like a shot.”

KakÄ‚Ë‡: “For me, contact with the ball is all-important, and that’s just great with this ball.”

The ball is made up of eight thermally bonded 3-D panels and features newly developed ‘Grip n Groove’ technology. The panels are for the first time spherically moulded which allows the ball to be rounder than ever before.

The integrated grooves provide unmatched flight characteristics, making this the most stable and most precise ball adidas have developed. The JABULANI has a dimpled surface making it easier to grip and control, whatever the weather. It also allows more spin to be put on the ball when kicked so the World Cup should see incredible goals and saves. 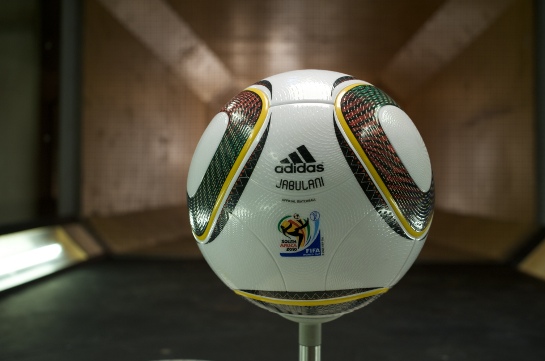 Much of the background research on the ball was carried out at Loughborough University in the UK and Dr Andy Harland of the University’s Sports Technology Institute said:

The research team at Loughborough University has been working since 2006 to help adidas develop the most aerodynamically advanced ball ever.

The JABULANI'  outperforms all other balls in a wide range of tests and is 20% more accurate.

As well as testing at Loughborough, top names from around the globe have also been busily trying out the ball including players from AC Milan, Bayern Munich, Orlando Pirates and Ajax Cape Town.

The JABULANI is the eleventh adidas World Cup ball and the design is influenced by South African culture. Eleven colours are used representing the 11 official languages and the 11 tribes of South Africa that make the country so diverse and unique.

The adidas JABULANI World Cup 2010 match ball will go on sale from December 5th with a retail price of £80 for the match ball and £15 for the replica. 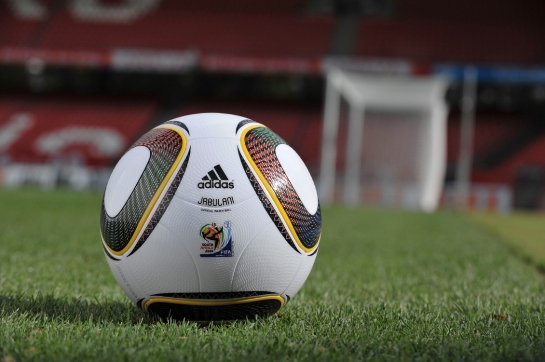 Prototype ball aerodynamic research was conducted by Loughborough University’s Sports Technology Institute and the adidas football laboratory in Scheinfeld, Germany.'  Wind tunnels were used from 2006-08 and real ball development testing from 2008-present.'  This included using a kicking robot repeatedly aiming the ball towards a target.

Aero grooves create the clearly visible profile on the ball’s surface. The integrated grooves provide unmatched flight characteristics, making this the most stable and most accurate adidas ball ever.

Since the introduction of the “goose bumps” surface for the last European Championship ball, the microtexture of the new ball’s outer skin has also been given a visible improvement. The JABULANI has fantastic grip, giving players full control over the ball under all weather conditions. 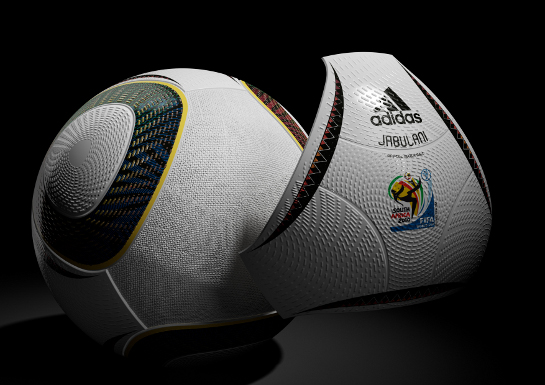 The Match Ball for the 2010 Fifa World Cup features a completely new, ground-breaking technology. Eight 3-D spherically formed EVA and TPU panels are moulded together, harmoniously enveloping the inner carcass. The result is an energetic unit combined with perfect roundness.

Written By
Felipe
More from Felipe
Is it worth risking a visit to Rome to watch this year's...
Read More