There’s been plenty of talk about unidentified adidas blackouts over the past couple of weeks – and seemingly to throw us off the scent adidas have revealed the new adidas Predator X Blackout! 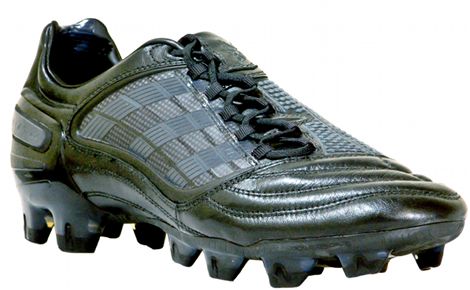 And what a glorious sight it is! Previous Blackout Predators have often retained a splash of colour, like the red tongue on the old PowerPulse, but adidas have seen fit to treat us to an entirely blackout Predator X this time out!

Looking part-stealth bomber and part-HR Giger monster, the adidas Predator_X blackout are still very much the same football boots we’ve come to know and love, only now they look like the prototype models we see the pros wearing pre-release. 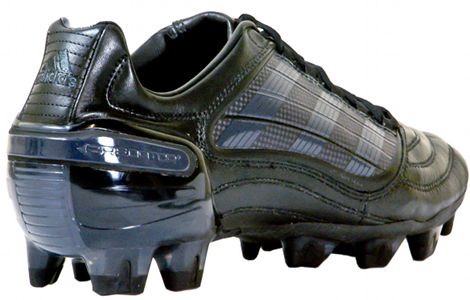 Historically, the blackout Predators have always been a huge hit at retail – fans love the look of an all black boot – especially one as feature-rich as the Predator X. However, we don’t often see too many players in them on the pitch; presumably because they don’t really ‘advertise’ which football boots a player is wearing.

But still, it’s nice for adidas to release something ‘for the fans’!

One ominous sign for Predator X fans out there is that the blackout Predator has traditionally been one of the last colourways to come out for each generation of adidas’ signature power football boots.

So, with these due to hit store shelves soon; the arrival of the adiPower could be coming sooner than we think…!

We reckon these slick football boots make a bold statement against the previous ‘Electric’ Predators and the current ‘Warning’ adiZeros and will be a big hit with fans of more understated cleats.

Officially dubbed ‘Black/Black/Shale‘, you can expect to see these tasty adidas Predator_X Blackouts for sale from March 1st with a pricetag of £150.

What do you think of these Blackout Predators? Let us know in the comments!