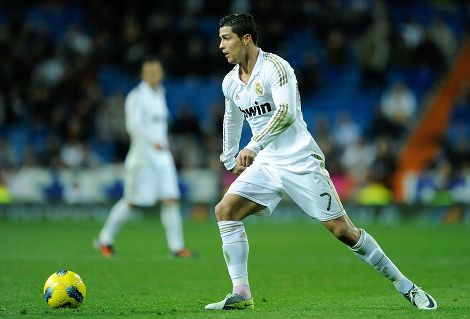 Stepping out of his most recent signature pair of football boots – the unmissable ‘barcode’ CR7 Superfly III – for the first time in almost two months, the Portuguese winger instead opted to give a debut to the Superfly III – Trace Blue / Anthracite / Volt – a great match for the Real Madrid kit.

Continuing his happy knack of scoring in almost every new colourway he debuts, Ronaldo duly tucked home from inside the six-yard box following some sublime approach play and a low-swooping cross from the outstanding Mesut Ozil. 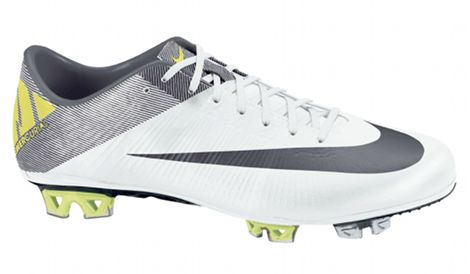 Most die-hard football boots-fans will be keen to know whether Ronaldo is genuinely wearing the Superfly III, or is instead wearing a disguised version of the upcoming Mercurial Vapor VIII.

Well, the answer to that question might be a little more grey than it previously seemed.

Whilst the former Manchester United winger is almost certainly wearing the new glass-fibre sole with hybrid SG studs that we’ll see on the forthcoming Vapor VIII’s, the rest of Ronnie’s boots have changed a lot over the past few months.

This great picture – from late last month – shows that Ronaldo’s last signature model still used the Superfly-exclusive Flywire in the upper, making them a Superfly III with a Vapor VIII soleplate hybrid. 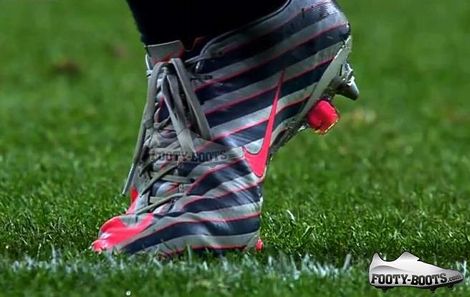 Whereas up-close pictures from this weekend certainly look a lot smoother than the previous incarnation, and definitely more in line with the flawlessly sleek upper we’ve seen the likes of Neymar and Theo Walcott wearing whilst testing the new Mercurial Vapor VIII. 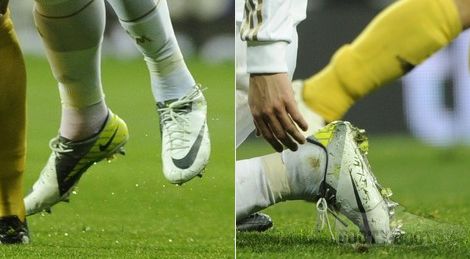 Despite being announced way back in December, the Superfly III – Trace Blue / Anthracite / Volt is due for retail release in mid-February with an RRP of £274.99 – and may well be the last Superfly III that we see!

What do you think of Cristiano Ronaldo’s new boots?

Special thanks to David, Shakib and Damian for hitting us up on our Facebook page to let us know about this great boot-spot!