Nike revealed their new France Away shirt in Paris this morning, completing their first batch of football shirts for France since taking the reigns as technical sponsor from adidas in January. 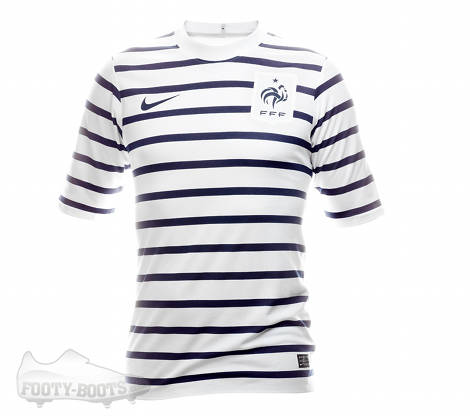 Carrying on the design principals from the new home shirt, the Nike France Away Shirt is all about classic French fashion combined with clean and elegant design.

The new away jersey takes strong visual cues from the ‘marinere’, a piece of French history since the last century, and now a timeless'  French style icon – seen on everything from famous paintings to aftershave bottles.

The marinere first appeared as the uniform of'  sailors in the French navy in the 19th century and was first seen in civilian wardrobes in the early 20th century. Soon, it would become'  a symbol of French culture, adopted by free-spirited individuals in France and beyond. 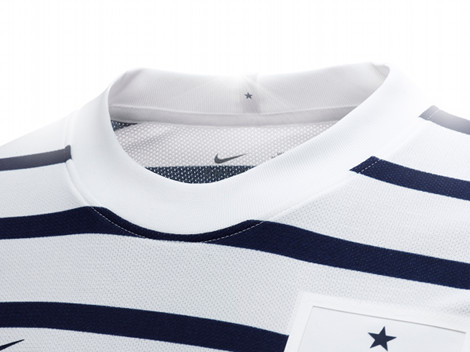 The Nike France Away Shirt has a tailored fit that allows freedom of movement on'  pitch. The lightweight fabric features Nike’s classic Dri-FIT technology and engineered ventilation systems in the areas under the arm to help keep players cool, coupled with ergonomic cut and soft cotton feel for player comfort.

The Nike France Away Shirt also utilises Nike’s much-lauded Considered Design approach and – along'  with the home kit launched earlier this year – is Nike’s most'  environmentally sustainable kit to date, with shirt and shorts made from microfiber polyester that is entirely derived from recycled'  plastic bottles. 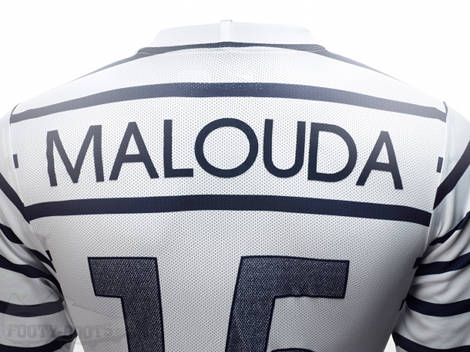 The Nike France Away Shirt is seen for the first time in photography shot by Karl Lagerfeld – legendary snapper to the fashion and music industry. Th'  photo, which captures the revolutionary elegance of the away kit, features Bordeaux’s Alou Diarra, one of the faces of the new era of the French'  team. 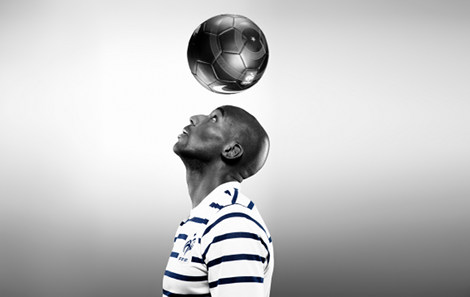 The Nike France Away Shirt will be available as of March 26 and pre-ordered as of March 11 at Nikestore.com.

What do you think to the new Nike France Away Shirt? We think it’s pretty unique for an international team’s kit – and pretty smart, but we’ll have to see it on the pitch before we pass final judgement!

What do you think?

Written By
Kyle Elliot
More from Kyle Elliot
Another black speed boot? Monsieur adidas, you are spoiling us! Check out...
Read More