Following on from our duo of articles on Puma and adidas moving away from using natural leather in their football boots, Nike have released a statement confirming the future of K-Leather within their production. 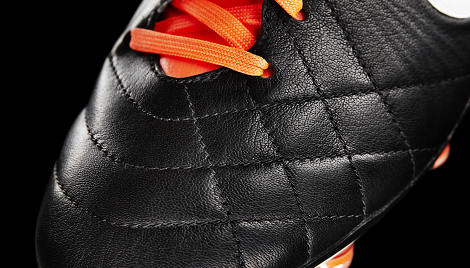 Whilst it has been obvious to many since Nike launched the Kangalite CTR360 in 2009, Nike have officially confirmed their commitment to removing Kangaroo leather from their product line.

A statement on the official Nike product website reads:

“Nike has worked proactively on phasing out exotic skins from its product range over the past few years. In December 2009 we updated our policy to reflect further momentum on that front, phasing out snake, lizard and crocodile skin.'

Nike is an industry leader in developing materials for boots that are more sustainable, including synthetic materials such as Teijin and Kangalite. Although it is used in' a very small portion (less than 1 percent) of football boots, our intention is that, as we work with suppliers on new and innovative synthetic materials, we will be able to move away from the use of kangaroo leather as well.'

Whilst we’re no experts on animal skins, we wouldn’t have imagined that Kangaroo leather would someday be seen on the same level as snake, lizard and crocodile skin after gracing soccer cleats for nearly a century.

But, Nike being Nike, we’ve absolutely no doubt that they’ll continue to innovate and create incredible football boots all the same – it’s just kind of sad that the Tiempo Legend IV Elite will likely be the final Nike all K-leather football boot.

Sad to see it go? Or is this a victory for the ethical treatment of animals?