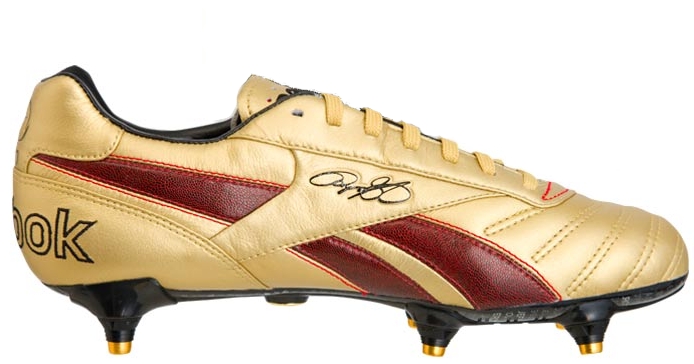 In honour of Ryan Giggs’ 800th appearance for Manchester United, Reebok have crafted this incredible football boot with his help.

The RG800’s will incorporate the number 800, as only 800 pairs will be made. Each football boot will be numbered individually and presented in a special edition box, with famous quotes and exclusive pictures of the Welsh Wizard himself.

For any future collectors that ever come across a second-hand pair: Numbers 001-034 are Mr Giggs’ personal allocation! 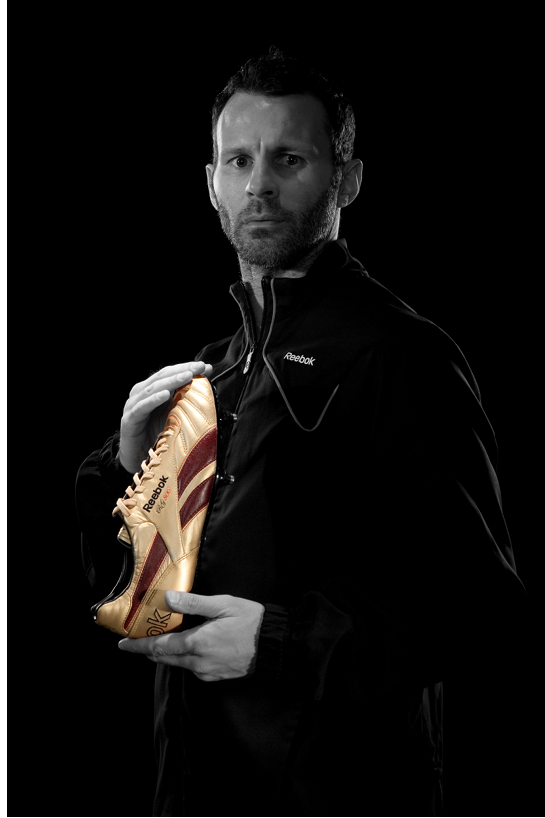 The Reebok RG800 football boots are a classic 6-stud screw-in, with a K-Leather upper that takes it’s design queues from the original Reebok Classic.

Keen Reebok fans will also have noticed that the sole on the RG800 contains Reebok’s unique Power-plate technology that has been featured on the Valde Pro Football Boots!

You might also notice all the different dates that run across the TPU-injected sole: each one of these commemorate a landmark or title won by the most decorated footballer ever to grace the Premier League. 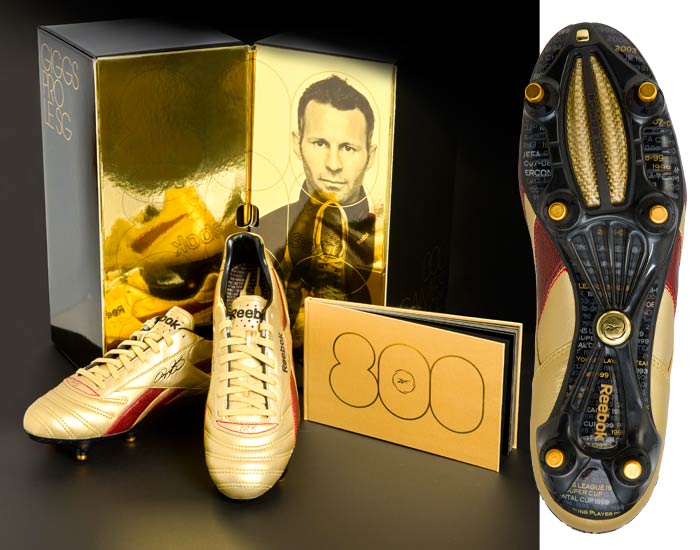 Ryan will debut these football boots in this weekend’s grudge match against Liverpool at Old Trafford before they go on release on Monday the 22nd of March for around £150, of course they will be available from the Footy Boots store.

– Presented in a limited edition box that includes exclusive pictures and quotes from the Manchester United star.

– Incorporates the number 800 on the outsole and each boot will be numbered individually as only 800 have been manufactured.

– dates across the TPU-injected sole highlight a title won by Giggs.

What do you think of this limited edition Reebok RG800 football boot? Let us know with a comment below!

Written By
Felipe
More from Felipe
Frank Lampard Tells Kids “Lay Off The Junk Food If You Want...
Read More