With two defensive-minded teams meeting in the final Euro 2012 Quarter final on Sunday night, the prospect of a penalty shoot-out looks more likely than any other game. But who are the key penalty takers for each team? And how deadly are they from the spot? We take a look… 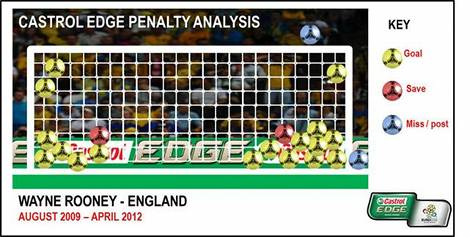 Manchester United’s preferred penalty taker, Wayne Rooney is an expert at finding the corners. Of the two shots that have been saved, Wayne himself would probably admit they’ve been too close to the keeper, and his misses have both been slightly overzealous attempts at the right hand corners. 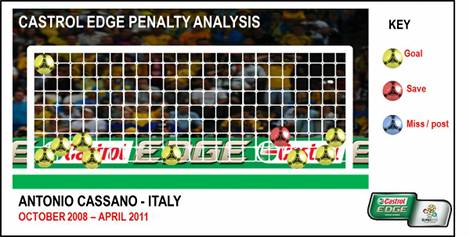 The well-travelled Milan striker is another expert at hitting the corners; having only had one penalty saved in two-and-a-half years, Cassano can count himself as an expert finisher under pressure. 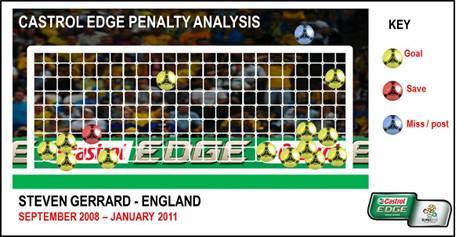 Preferring the bottom-right corner, Liverpool captain Gerrard’s biggest enemy could be predictability. Widely regarded as one of the best strikers of the ball in the tournament, Gerrard can hit the ball at a frightening pace – so if he does stick with the bottom right, he’d do well to put some serious power behind it. 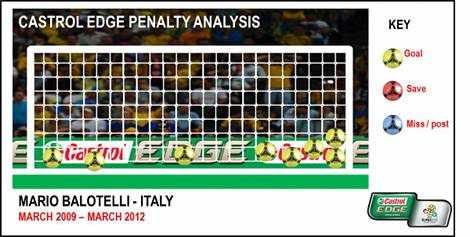 One of the few members of both squads to have a 100% record of bagging penalties, Mario Balotelli is a master of sending the keeper the wrong way. The Manchester City striker is unpredictable from the spot, and club-mate Joe Hart would do well to delay his dive to see if he can out-think the Italian. 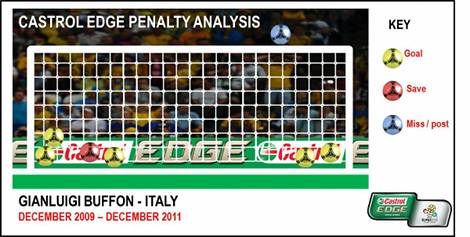 An old-hand at big tournament shoot-outs, there are few ‘keepers you’d rather have in net than Gigi Buffon. Despite being on of the lynchpins in the Azzurri’s 2006 World Cup campaign, the Juve stopper hasn’t exactly been incredible from twelve yards – saving just one of the seven penalties in the last two years; down low to his right. 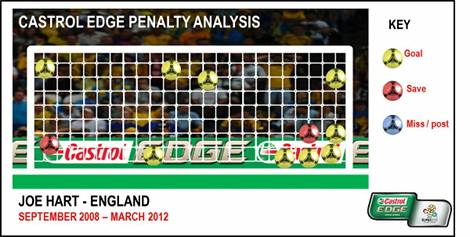 One of the most confident goalkeepers in the tournament, Joe Hart’s size, agility and penchant for ‘sledging’ make him a daunting opposition for anyone from the spot. The Manchester City man has proven capable of getting across to his left and right well, but might want to avoid gambling on a direction too early as three shots conceded have been very close to the centre.

What makes the tie most nerve-wracking, though, is that of the eight teams to reach the quarter finals, it’s Italy and England with the two worst records.

With a a habit of converting around 70% each, both teams are far from exceptional in a shoot-out, and should make for an exciting spectacle should the scores be level after 120 minutes.

Who do you think will go through to the Semis?

Written By
Kyle Elliot
More from Kyle Elliot
Nike finally get around to launching the secondary reveal colour of the...
Read More